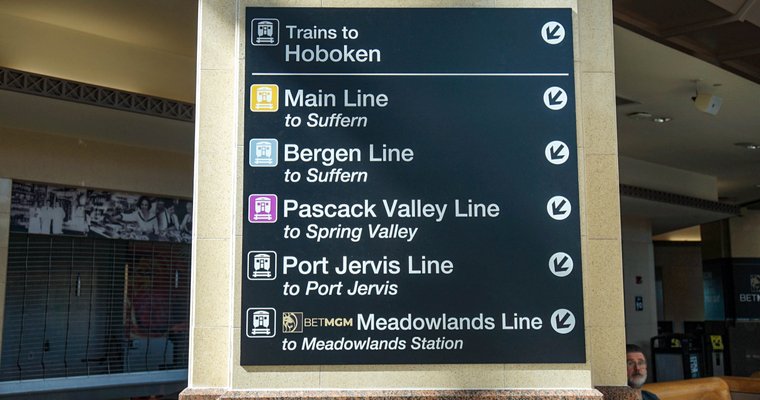 An example of the rebranded line name. Provided by Intersection.

BetMGM has partnered with Intersection in rebranding of the New Jersey Transit Corporation's Meadowlands rail line, according to a press release.

In the first deal of its kind, the Meadowlands rail line will be renamed "BetMGM Meadowlands Rail Line" as part of a three-year sponsorship agreement. The partnership includes digital and print advertising in addition to the naming rights.

"This unique advertising partnership represents a significant new source of revenue for NJ TRANSIT," Kevin S. Corbett, president and CEO of NJ Transit, said in the release. "This new and innovative partnership is part of our continued commitment to leverage N.J. Transit assets to maximize non-farebox revenue and help keep fares stable for our customers."

"BetMGM is thrilled to announce this groundbreaking partnership with N.J. Transit," Matt Prevost, chief revenue officer at BetMGM, said in the release. "The creation of the BetMGM Meadowlands Rail Line generates unparalleled exposure to our leading iGaming brand, through station signage and rider volume — particularly on our favorite day of the week: game day. New Jersey is our home and first market, and we see today's announcement as an extension of our strong relationship with the state."