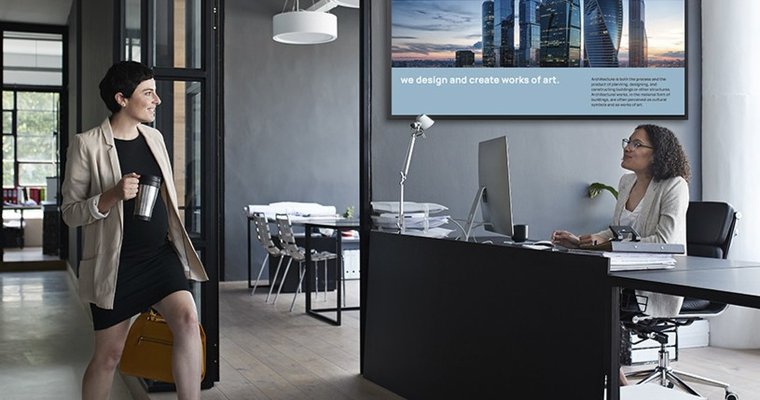 Sharp Imaging and Information Company of America and Sharp NEC Display Solutions of America have released the PN-HC and PN-HE 4K Ultra-HD LCD professional display series, according to a company press release.

The large-format monitors complement the Sharp lineup of monitors for commercial and professional environments, which launched in February 2022 with the PN-HS and PN-HY displays.

The PN-HE and PN-HC are available in 65-inch class and 75-inch class sizes, while the PN-HC series also carries an 86-inch class version. The PN-HC series produces 450 nits of brightness for indoor retail, apparel and reception areas. The PN-HE includes 600 nits and is suitable for direct or indirect sunlight, such as windows and skylights.

"The PN-HC and PN-HE series are the perfect complements to our Ultra-HD lineup of professional and commercial displays, offering solutions for environments in need of larger formats," Gary Bailer, director of product management, said in the release. "We're excited to offer these options to allow professionals to showcase stunning imagery and capture their audiences' attention in an impactful way."