London-based risotto ball specialists the Arancini Brothers recently implemented digital menu boards and have seen a sales boost of 30 percent across the restaurant chain, according to an announcement from Eclipse Digital Media. 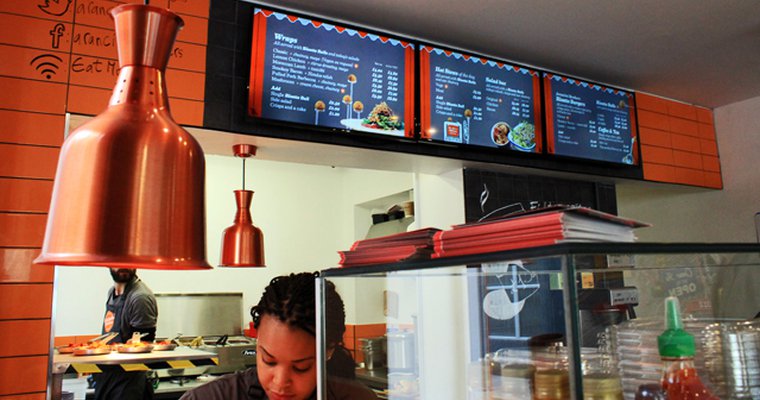 London-based risotto ball specialists the Arancini Brothers recently implemented digital menu boards and have seen a sales boost of 30 percent across the restaurant chain, according to an announcement from Eclipse Digital Media.

"Since the new digital menu boards and designs went up at the end of November we have seen an increase in sales of 30 percent, for a time of year where we expected a decline," Arancini Brothers Director Dave Arkin said in the announcement. "Customers have also stopped asking questions and simply look at the menu and order. We are now looking at introducing the screens at our Dalston site."

Arancini Brothers is a chain of restaurants in London that serves a variety of risotto ball dishes. Now with locations including Old Street and Dalston in London, Arancini Brothers continues to grow with its unique and tasty menu, the announcement said, and it was looking to improve its brand image and bring the chain's stores in line with the owners' modern mentality.

Eclipse Digital Media not only provided Arancini Brothers with the digital menu board solution, the firm also composed the layouts and created bespoke animated content to use on the screens. The animated content draws attention of the key areas of the menu, contributing to the 30 percent increase in sales, according to the announcement.

The new digital menu board package provided Arancini Brothers with an all-in-one digital signage solution with the SSSP displays having built-in media players, meaning the only requirement was connection to the Internet and registration to their embed signage account. Arancini Brothers now simply login to embed signage, make menu changes to its menus and publish content directly to the SSSP displays.

"We first discovered Eclipse Digital Media at a trade show," Arkin said. "Expecting another sales pitch, expensive setup and contract we were very surprised when they showed us the simplicity and low cost to such a good looking system."