Samsung upgrades its assault on the external media player in digital signage with its new D Series displays. 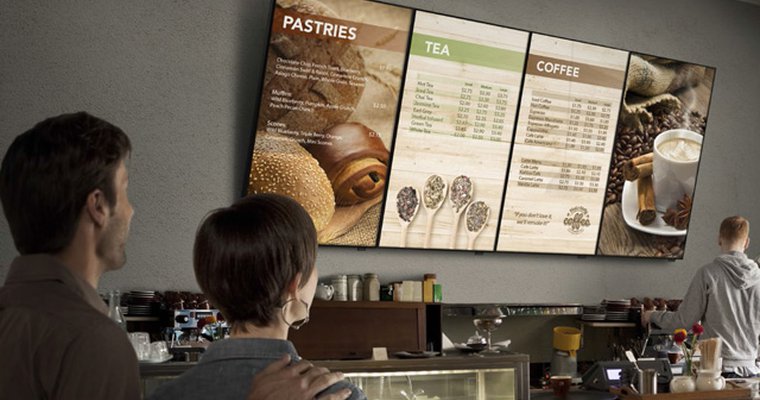 Samsung's new D Series commercial displays that introduce the next-generation of its Samsung Smart Signage Platform become available this month. The SSP, according to Samsung, is built around an enhanced system-on-chip that now provides support for more advanced applications including touch and video wall configurations — all without the need for an external media player or PC. In addition to the system's quad-core processor, the D Series also adds an SD slot for flexible memory expansion, as well as built-in Wi-Fi as a standard feature for many models, the company said.

So what is it really? It's another display that provides some level of digital signage functionality without an external media player — and it looks like that functionality is increasing and likely to keep doing so.

What else is new?

The D Series features a new design, and the company is introducing optional customizable bezel trim kits in a range of colors that attach to the display. The displays use direct-lit LED technology to make them slimmer and energy-efficient. And the D Series models are tiered in three product lines: the DB Series, an entry-level lineup with SSP capabilities; the DM Series, the broadest product line, rated for 24/7 operation; and the DH Series, the premium lineup offering 700 nit brightness.

According to a Samsung spokeswoman:

The DB and DM lineup are available starting this month. The prices range from around $600 at the low end and a tick above $1,900 at the high end.

The D Series is the next step in Samsung's effort to offer a digital signage display solution that eliminates the need for external media players. The previous generation of SOC displays offered limited functionality and so was not seen as a significant threat to higher-end media players. But this one delivers greater functionality and supports more sophisticated applications, Samsung said.

And if Samsung and other displays companies with no-player-required offerings continue to improve their capabilities (and Moore's Law suggests they will), then basic media player providers and those with a vested interest in them might be getting nervous. (But then again, TVs with built-in DVD players never really caught on big with the general public... Of course, with that being said, DVD players may not be far from going the way of the dinosaurs, themselves.)

Still, the big untapped market out there seems to be small and medium-sized businesses across all verticals, and it only seems logical that the simplest solutions — like, say, those that only require one or two pieces of hardware? — will be the one most likely to tap those markets and appeal to the broadest range of end-users.